Artist of the Week #6 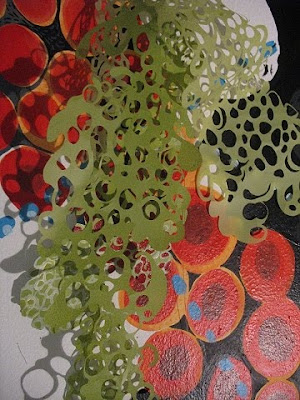 I work in mixed media installations, using a combination of industrial materials (nails, wire, pins, latex paint), conventional art materials (acrylic paint, graphite, ink), and those more commonly associated with crafts (styrofoam balls and embroidery thread). Working methodically, I twist wires into creeping vines, cut and paint styrofoam balls to form growth-like clusters on the floor that eventually creep their way up walls and onto the ceiling. To create imagery in these environments I draw from memory, thought patterns, bodily systems and patterns in architecture and nature.

I began making work that reflects on memory after my mother died of Alzheimer’s four years ago. I witnessed her forget how to use common words, how to tie her shoes or dial a phone, and eventually, how to eat. In the same moments she was losing memory she spent increasing amounts of time, internally, in the places she did remember. In this era of excessive information and technology, where products are newer and better and faster than they were a week ago, she had little hope of keeping up as her short-term memory continued to slip away.

Drawing on the concepts of the gaps in memory as much as on memory itself, I look to specific objects for a point of visual departure. Tendril-like lines and strings of cellular shaped beads weave in and out of installations. Some of the imagery is reminiscent of amyloid plaques and tangles found in brain scan images of people with dementia. Some marks mimic the tangles of an Alzheimer’s brain and what I imagine to be the complexity of the path that information must now travel to reach the person suffering from the disease.

In addition to being about memory, my work is a visual response to the increasingly abundant information we are confronted with each day. I am interested in how we filter, compartmentalize and eventually lose the information we gather. 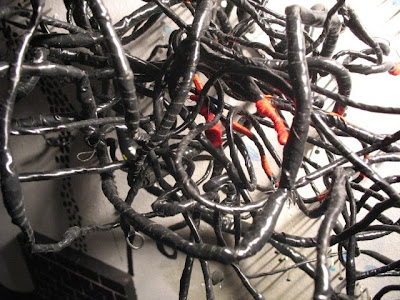 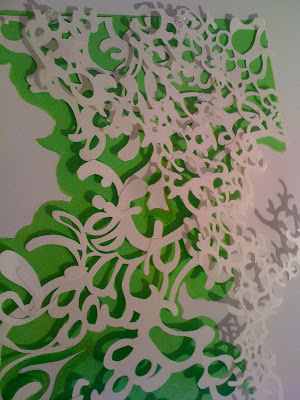 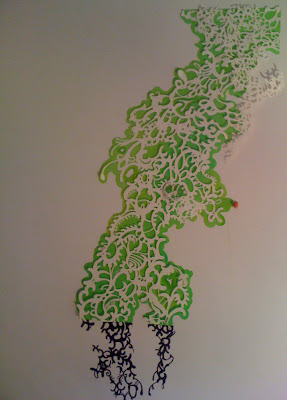 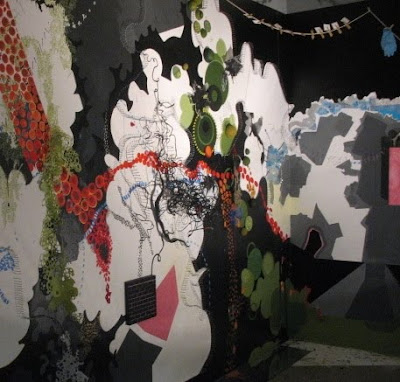