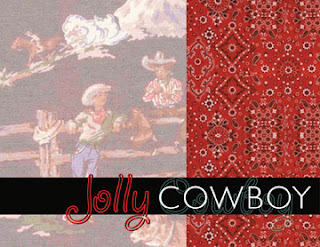 
Lump Lipshitz’s text piece on view at DCAC’s Jolly Cowboy exhibition reads, “I never wanted to be a cowboy.” Contrary to Lipshitz’s opinion, I have always wanted to be a cowboy(girl). Or more accurately, I have always wanted to date a cowboy. (OK, and I always loved Tom Robbins’ Even Cowgirls get the Blues. The book, not the movie.) To me, the idea of the cowboy represents several disparities to which I am strangely attracted and repulsed. Among others, these dichotomies come to mind (and I am aware that some of these may not really be dichotomies….): innocence/guilt, sensitivity/distance, construction/destruction, sex appeal/misogyny, to reveal/ to conceal, to liberate/to enslave. I just can’t get Brad Pitt from Thelma and Louise out of my mind.

One definition for the word cowboy, which I find particularly interesting, is as follows: “An irresponsible or reckless person, especially a show-off or one who undertakes a dangerous or sensitive task heedlessly.” How did this come from “ a man who herds and tends cattle on a ranch, especially in the western United States?” Clearly, the former definition was derived from the stereotypical behavior of cowboys. I mean, we all know, Willie Nelson’s song “Mama don’t let your babies grow up to be cowboys.” Furthermore, American culture, which has (and still does), relied heavily on the cowboy agenda, is equally as compelling to me. So naturally, I was interested in reviewing a cowboy exhibition and was thrilled that it happened to be at DCAC. ( I love the space and it’s in my neighborhood.)

Based on the work in the exhibition and the corresponding catalogue, it seemed as if the participants felt similarly to myself. In most works, there was a clear attraction to the image of the cowboy, based on its choice as a subject. However, as in Lipshitz’s work, most pieces in the show posed a critical judgment on the cowboy ideal. Varying from not wanting to be a cowboy or being “sold on the cowboy wardrobe” all of these artists were similarly compelled to deal with issues of the “cowboy” in his or her work. I find this fascinating; it does not matter if one is obsessed, curious, or genuinely repulsed, they are still driven to create. However, I must add that much of the work in the exhibition felt as if the artist were bored with the idea of the cowboy, or was never really invested in the idea from the get-go.

Needless to say, I was not enthralled by the work in the exhibition. The idea for the show was far more interesting than the work involved. Some of the work felt like it was created specifically for the show and not based on any long-term interest. Other works, such as Rene Trevino’s drawings, showed the artist’s compulsion to create a detailed drawing, but were really not that interesting in terms of adding to ideas of the cowboy mystique or even what “art” is about. I mean, the cowboy is such a great subject—it is a person loved and hated, both compelling and repulsive. Overall, I did not get this sexy contradiction from a single work in the show.

I found the most interesting work to be a small diorama created by Ukrainian artist’s Elena Volkove’s daughter Katrina. And it wasn’t so much the cowboy aspect that drew me to the work, as the sweet creative innovation that made the other work feel dull and forced. Note to all artists: Never put work in a show also exhibiting children’s work, you will pale in comparison.
at 1:56 PM